Windows 11 Build 22000.160 (KB5005189) Has been released for Windows Insider (Development and Beta), which contains multiple bug fixes and improvements. In addition to the new preview version, Microsoft has also begun to introduce an upgraded version of the Clock application, which brings a new feature called “Focus Sessions”.

Patches are marked as “Windows 11 Cumulative Update (10.0.22000.160) (KB5005189)”, it will be installed automatically along with the Security Intelligence Update. A new Windows Defender security update is also being launched, which contains general fixes.

Windows 11 KB5005189 Only includes general quality improvements, but a new feature is being passed Microsoft Store update launched. This new feature is called “Focus Sessions” and it is part of the native clock application. Use Focus Session,Microsoft Plan to combine Microsoft To-Do and Spotify The advantages to help users stay focused and efficient.

As shown in the figure above and below,Windows 11 Build 22000.160 Now allows you to start from Microsoft Select the task in To-Do and select from Spotify To select a song. The music will play during your focus session, and you can set the length of time you want to focus on the session. 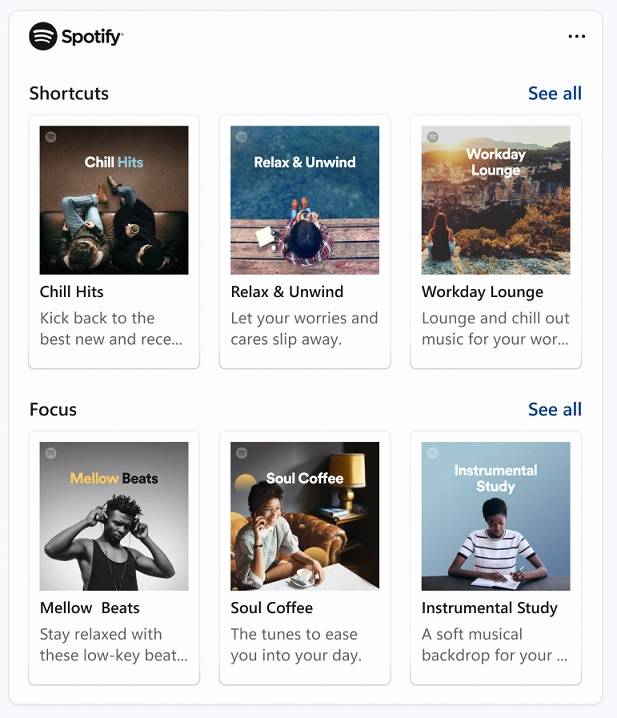 Of course, there is also a dashboard that will tell you the number of breaks and the current progress of tasks and goals.

In addition to the new focus session feature, we have also received new improvements and bug fixes in this version

For example,Microsoft The feature of Windows Update is being updated, which allows you to check the estimated time required for the update to restart. As the company is working to improve the reliability of HDD devices to accurately predict the installation time, this feature is now limited to devices with SSDs.

Windows 11 Build 22000.160 Also fixed the problem of the taskbar. For example, the problem that the location icon does not work properly has been fixed.

Android apps are not supported

Thanks to advancements in the Windows subsystem for Linux, users will be able to install their favorite Android locally and integrate them into the start menu or taskbar. Android apps will be available through Microsoft The Amazon App Store in the Store is partially downloaded, but users will be able to sideload APK files.

Unfortunately, Android application support is nowhere to be seen, and there is not much technical information about the new features of Windows 11.We look forward to providing more information in the coming days

Windows updates are available in the Dev or Beta channel.If the update does not appear on your device for download, make sure you have a compatible device orModify the registry value to bypass the requirementAnd install updates on unsupported devices.

If you are Build 22000.160 A new issue is discovered in, you can uninstall this particular patch at any time and roll back the changes. To do this, go to Windows Update> Update History> Uninstall Updates> Control Panel. Or enter the advanced troubleshooting screen from the boot menu and navigate to the advanced options and select the uninstall option.

Get the best viral stories straight into your inbox!

Back to Top
Close